:47 She again reffers to the fact she does not understand the concept of proof of ownership of the debt but says we shaould just take their word for it via a letter

1:21 she says she can get a letter stating we work for RBC

1:30 Private lender states what proof of ownership of the debt is

1:55 she gets rattled so puts the Private Lender on hold for approx 5 min (which we deleted)

3:00 Admits he is aware debts are bought and sold

3:10 Private lender explains proof of ownership of the debt explicitly.

4:03 Vice president states he can get a letter from rbc take their word for it

4:20 a type of Bullying cant prove ownership so we will escalate action to collect

4:58 says we will carry on even though they can not prove they own the debt

5:15 he says they did not sell the debt then you should be able to prove it.

5:27 he says it will be not from a chartered accountant but he said they have many working for them.

6:00 wont be from accountant just take their word for it

6:15 further illustrates has no idea re proof of ownership

6:34 the Private Lender explains there letter wont be sufficient

7:10 he calls proof of ownership of the debt outlandish!

Sign up for our FREE Automated Complaint System. This will allow you to send 1 complaint a month to each Bank Employee, Collector or Lawyer Bullying Canadians with no effort or cost on your part.

Knowledge Without Action Is Useless…
Be Part Of The Solution !

Contribute to Our Site!

UnitedWeStandPeople is a resource for virtual human rights activism. Sign up today! 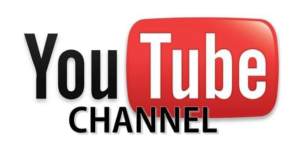